Fascinating reflections on the power of imagery to change our consciousness about ourselves.

“Once a photograph of the Earth, taken from outside, is available…a new idea as powerful as any in history will be let loose.“ — Astronomer Fred Hoyle, 01948

“A photograph would do it — a color photograph from space of the earth,” Brand said. “There it would be for all to see, the earth complete, tiny, adrift, and no one would ever perceive things the same way.” -Stewart Brand

“Here we came all this way to the Moon, and yet the most significant thing we’re seeing is our own home planet, the Earth. “— Astronaut Bill Anders

“You develop an instant global consciousness, a people orientation, an intense dissatisfaction with the state of the world, and a compulsion to do something about it. From out there on the moon, international politics look so petty. You want to grab a politician by the scruff of the neck and drag him a quarter of a million miles out and say, ‘Look at that, you son of a bitch.’” — Astronaut Edgar Mitchell

Seeing the Whole Earth from Space Changed Everything

Trump, a former reality-TV host, beauty pageant organizer and businessman, once called African nations “shithole countries.” But he is now taking a page from African dictators who spread bogus health remedies, like Yahya Jammeh of Gambia, who claimed he could cure AIDS with bananas and herbal potions and pushed his treatments onto the population, resulting in deaths. Trump appeared to suggest injecting bleach and using sunlight to kill the coronavirus. He has also said he has taken hydroxycholoroquine, a drug derived from quinine, a long-known jungle remedy for malaria. Doctors have advised against using the treatment to prevent or treat the coronavirus.

13 minute talk that covers some interesting ground. What is truth? How do we arrived at it? Can there be multiple “truths”?

A couple of interesting quotes from his reflections on telling stories:

“…maybe I was relying too much on science to find the truth.”

“There were a lot of truths in the room at that moment and we were only looking at one of them.

He started to do stories where “everything is disputed all you can do is struggle to make sense. And the struggle kind of became the point.”

“We live in a world where truth is no longer just a set of facts to be captured. It’s a process. It’s gone from being a noun to being a verb.”

“I committed myself to doing stories where you heard truths collide.”

How do you end a story? Host of “Radiolab” Jad Abumrad tells how his search for an answer led him home to the mountains of Tennessee, where he met an unexpected teacher: Dolly Parton. 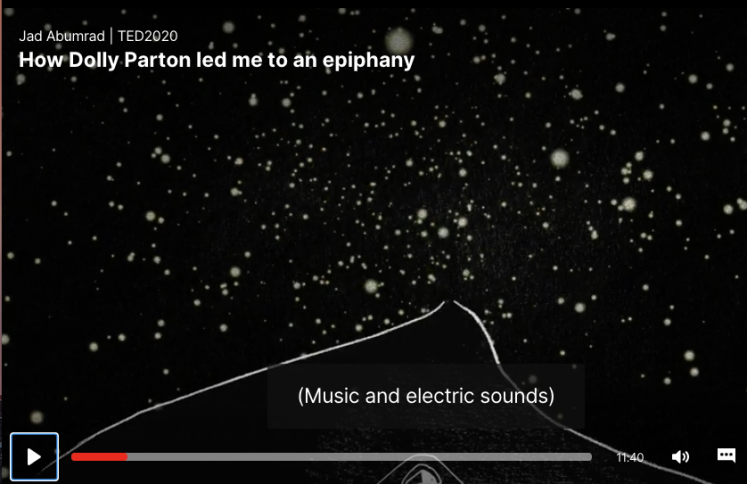 Interesting situation from a TOK perspective. Below is a collection of articles about the topic. They raise a lot of interesting questions about how we acquire knowledge and the relationships among the various ways of knowing. It also lends itself to ask about the primacy of some WOKs over others.

What’s also interesting is how impactful the image was. The image seemed to be a perfect representation of how many people view the current moment in the United States. It fit perfectly into prior assumptions about the world and spoke to a deeper truth. Interpreting and explaining this image!and fitting it into preexisting mental schema seemed pretty easy.

Once more and more videos started to emerge and the greater context became known, there were some interesting developments. Some people END_OF_DOCUMENT_TOKEN_TO_BE_REPLACED

Knowledge Questions: How is history shaped by our present beliefs? To what extent can we accurately construct knowledge of the past? How do we decide what is an “accurate” history?

Below are three articles discussing the different ways and the consequences of how Martin Luther King Jr. is remembered today. Each shares ideas about the fact that many times our memories of the past and our histories are created to serve our current agendas. For some, history is not about a sincere desire to accurately understand or make meaning of the past. When we interpret the words and memories of our historical figures, can we say that one interpretation is better than another?

King’s radicalism is lost to the obfuscating fog of memory. In American culture today, we have several Martin Luther King Jr’s: the Commemorative King, the Therapeutic King, the Conservative King, and the Commodified King. Each of these Kings competes for our attention, but each of them represents a vision of King that he himself would not have recognized.

From Most Hated to American Hero: The Whitewashing of Martin Luther King Jr.

For them, he is the standard-bearer for resistance while negotiating the minefield of white sensibilities. In the rewriting of history, King has been fashioned into an apologetic freedom fighter who carefully sidestepped white ire while pointing out inequality. They have cunningly backdated their admiration for King and the civil rights movement to prove that they have always stood on the side of justice.

Pence, of course, is doing only what the current version of the holiday demands. Across the ideological spectrum, politicians must seek to fit themselves under the aegis of the Kingian legacy. That means a contingent of Americans who surely oppose the positions King held in his life are compelled to contort him into something friendly. Columns must wield King to attack everything from “identity politics” to the very act of “politicizing” King’s life itself. Democratic presidential hopefuls must employ King in order to make the case that each of their disparate platforms is the natural heir to his legacy. The sound bites evoking King are stretched like skin over the bones of existing debate. The figure celebrated looks nothing like the leader who lived—and who was killed—but like a granite-chiseled modern founding father, a collection of axioms by which our age is defined.

The War Over King’s Legacy

So who was the real Martin Luther King Jr.–the integrationist preacher of the summer of 1963 or the leftist activist of the spring of 1968? The question is not just academic. Its competing answers shed light on enduring–and urgent–tensions between white and black America over race, class and conspiracy. Most whites want King to be a warm civic memory, an example of the triumph of good over evil. For many African-Americans, however, the sanitizing of King’s legacy, and suspicions about a plot to kill him, are yet another example of how larger forces–including the government that so long enslaved them-hijack their history and conspire against them. In a strange way, the war over King’s legacy is a sepia-toned O.J. trial, and what you believe depends on who you are.

The quote, “The map is not the territory,” demonstrates a profound thought, and also a useful prompt for the TOK class. Before getting into connections between the quote and idea of models and metaphors, I wanted to put together a lesson on NYC subway maps (my school is in NYC). While doing so, I came across a bunch of different, and lovely, maps, each with its own representation of “reality.”

This is the map you see posted on the trains and subway platforms.

This map includes more accurate representations of distance and other features. Notice also it is more accurately oriented according to a traditional North-South map axis. The one above unintentionally (intentionally?) reorients the map around Manhattan.

This map focuses on the subway lines themselves and erases all other features.

Much has been written about this map and the response it got. It put into practice the design principles (started in the London Underground Map designed by Harry C. Beck) that are used in many of the world’s systems. This map, though, did not receive a particularly positive reaction and was soon abandoned. 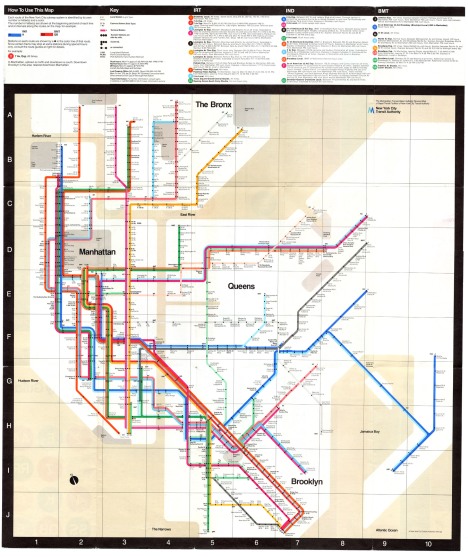 This site will morph the subway map into the actual geographic map for various metros around the world including New York. Really cool.

If you’re interested in this topic, you can find a lot more maps and more information at: https://www.nycsubway.org/wiki/New_York_City_Subway_Track_Maps  (Click on the “Maps” tab at the top of that page). 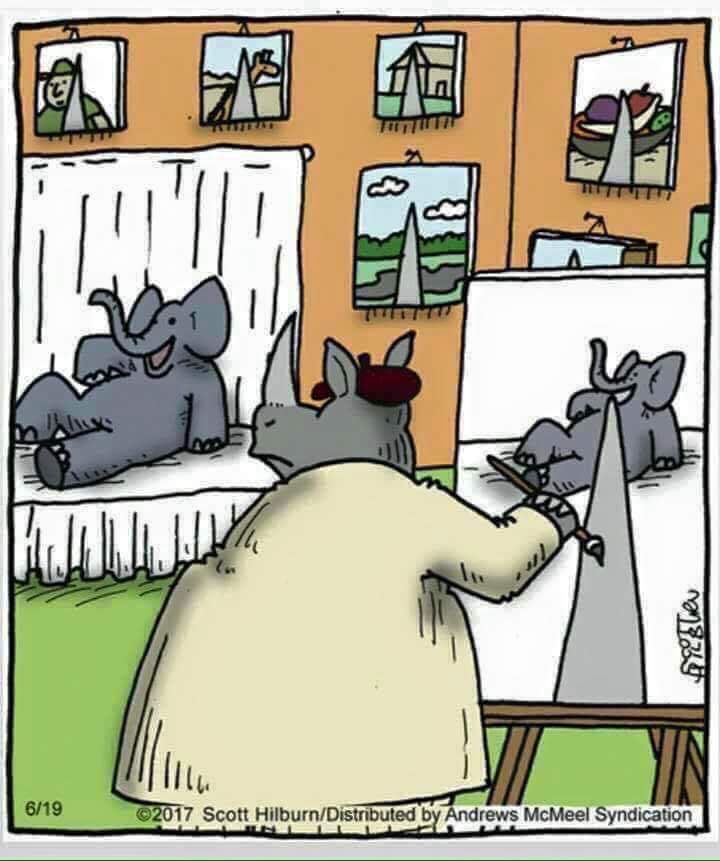 “Another decision: describing the attack that authorities say was committed by Stephen Paddock, a 64-year-old white man, as a “mass shooting” rather than “domestic terrorism.” When a Muslim person mows down innocent victims and terrorizes a community, media and authorities are quick to declare it terrorism; when a white, non-Muslim attacker does the same, he is usually described as a disturbed loner in a freak incident. In both cases, journalists arrive at these conclusions early in the news cycle when information is incomplete. (Official statistics show far more terrorism in the U.S. is committed by white men than by Muslims).”